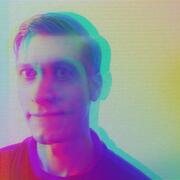 Maybe some other verb-ers would be good here...

Hmmm. Rider? Like roller coasters or horses. Or motorcycles.


Maybe it's vague, though. And they've all almost killed me. That's not great.

I'm Jeremy Bauer. I write, I joke, and sometimes people laugh at these jokes. But they'll only every admit to it once and never in front of other people.


Them's the breaks, I guess, so please:

I've had fiction, nonfiction, and poetry published in various literary magazines, and I had a limited-run chapbook of poems published called The Jackalope Wars (now totally 🆓 online〰️). You can check out my work at the WRITING 📖 link below.

On October 31st, 2017, I started ✨ an experimental fiction blog called MOON COMPUTER ✨ that I post on weekly. The Moon Computer appears in places computers shouldn't and primarily functions to collect data on all the world's weirdness, like mech-suits made out of mobile homes, teenage mages, monster girls investigating mysteries even though it's blah, and werewolves that love Dolly Parton and hate domestic violence.

Professionally 💼 , I used to manage an e-learning team building online courses in the arts. Before that, I worked at universities supporting ed tech users and working with developers on bug fixes, new features, and documentation.

Feel free to reach out if you have any questions or just want to connect!